Skip to content
Home › Painting › Painting slowly: How long does it take to finish a painting? 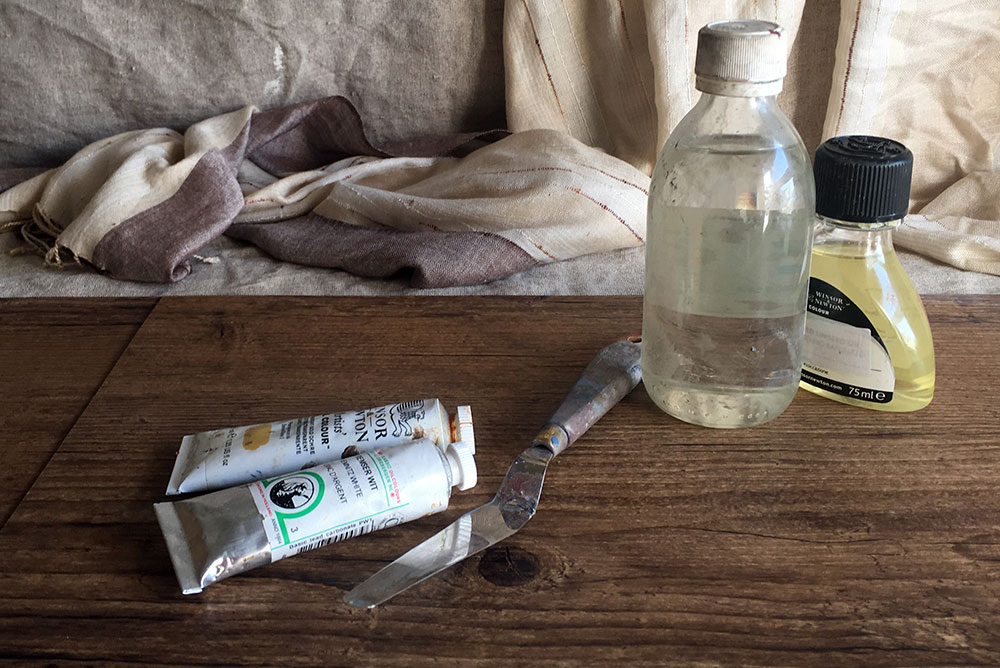 Speed is a factor which greatly affects the look and feel of your work, so in my next few posts I will be writing about painting slowly and giving tips on staying focused.

The “London School” painter Lucian Freud is considered one of the foremost 20th-century portrait artists. He painted psychologically penetrating portraits of friends and family, who spent hours posing for the artist in his London studio. For example the Art collector Baron Thyssen Bornemisza estimated he sat for at least 150 hours.

Freud believed a painter’s obsession for his subject is all that he needs to drive him to work. Throughout his lifetime Freud continued to explore his fascination with the human form and by prolonged observation Freud penetrated the outer surface of his subjects in order to reveal their inner truth . By painting almost exclusively at night, his models were physically worn out and fatigued, therefore making them easier prey for his probing gaze.

When no models were available, he painted urban landscapes or turned his discerning eye to plants, rendering them in loving detail. He often depicted piles of painting rags their folds resembling human carcasses. These often appeared in his work, alongside the models.

Freud’s monumental, imposing works have highly textured and impasto-ed brushstrokes, built up over numerous sittings. The Art critique Robert Hughes wrote: “Freud has perfected an almost sculptural technique, using hog-hair brushes dipped in thickly leaded paint, to produce a rather crumbly surface rather like the patina on old bronze “

Similar to Rembrandt, Freud painted twenty two self-portraits documenting his physical decline. This one is , in my opinion one of the greatest self-portraits of the 20th century.
An anecdote told by a friend says how Freud was told by his dentist he needed to remove his two front teeth. Freud excitedly started planning his next portrait: “The artist, missing two front teeth”.

Despite his obsessive reworking of surface and composition, Freud’s monumental, expressive paintings still retain their raw immediacy. In my opinion, this is the secret of his greatness.
References:
Lucian Freud: The Unblinking Eye

Uglow was a British representational painter best known for his nudes and still life paintings. His compositions were often based on the Golden Section and complicated mathematical calculations. He worked slowly and methodically using plum-lines and an elaborate system of tiny measurement marks which gives his work an almost sculptural appearance. Even after they are completed, these marks remain on the surface of his paintings (and on the walls of the studio), imparting a quirky and obsessive quality to his work.

Uglow’s paintings took years to complete and he was notorious for expecting total commitment from his subjects. One model described how it took a three-quarter hour to get into an arduous pose which she was then expected to hold for a further hour.

Uglow commented: “While I am painting, [my models] often go through a cycle of personal events. When one model first arrived, she had a boyfriend. Later she married, and by the time I was done, she was divorced.”

One such model was Cherie Blair, the future wife of British Prime Minister Tony Blair. At the time Cherie was so busy building her career as a lawyer that she was unable to continue posing. Much to his distress, Uglow was forced to continue with a different model. Despite this let-down, Uglow and the Blairs remained life-long friends, even naming their eldest son Euan in deference to the artist.

The Spanish painter is known for the exactitude of his painterly realism, his subject matter includes models, still-life and urban scenes. He spent years painting panoramic rooftop views of his beloved Madrid, returning to the same spot year after year, always in the same season and at the exact time of day.
Although his paintings are known for their detailed depictions, Garcia begins with rapid under-painting strokes which slowly solidify over time, all the while retaining their sensitivity to light, color and space.

In 1994, Lopez Garcia was commissioned by the Spanish royal family to paint a family portrait. After working on this portrait for eighteen years, the artist was ordered to remain in the palace until the work was finished. After twenty years it was officially completed, yet to this day Lopez Garcia feels it is not yet resolved.

The film “The Quince Tree Sun,” follows Lopez Garcia for three months while he struggles to depict a quince tree in his backyard. This illustrates in moving detail his slow and methodical approach to painting. Over time, the film evolves into an eloquent portrayal of the human condition and life’s fleeting briefness. Highly recommended!

You can view a short YouTube video of Lopez Garcia endeavoring to paint in Puerta del Sol, while onlookers literally crowd him out:

Question: Do you consider yourself to be a slow painter? 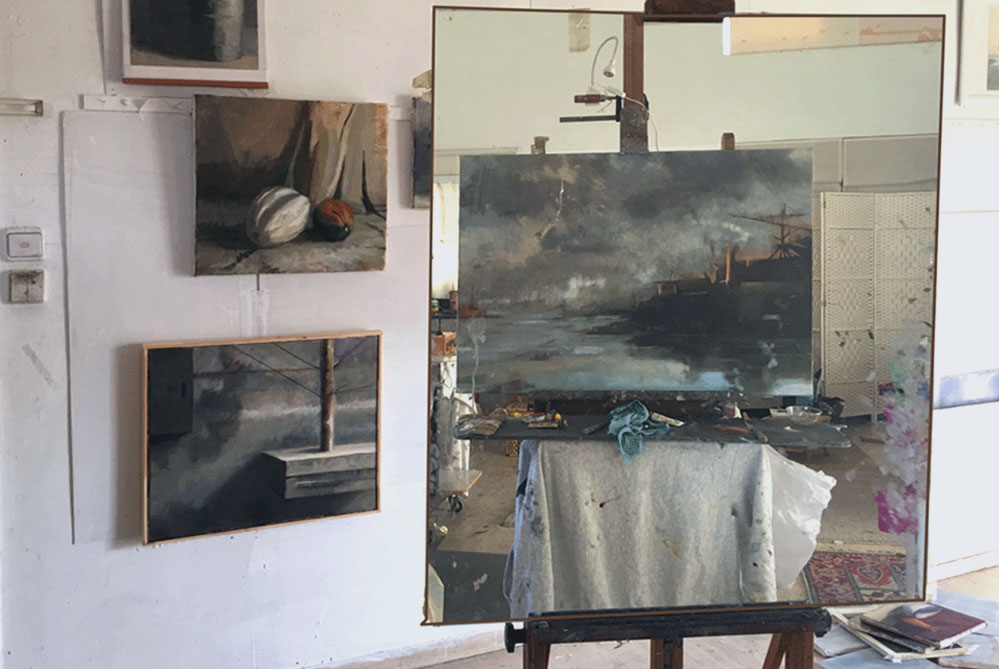 6 Ways to keep your interest alive while painting slowly….

Painting slowly: The Story of Helen

Please write your comments below.

8 thoughts on “Painting slowly: How long does it take to finish a painting?”

I began painting seriously in the early eighties when Abstract Painting had subsided and Conceptual Art dominated the scene.

Then I discovered the “School of London” painter, Lucian Freud and was totally blown away by his work.